I wrote about these loans here a year ago, but no one responded. I’m trying to reach out again as we have developed a new possible strategy for forcing their separation which we (a group of us who have been meeting on Slack and other social media platforms) are in the process of pursuing legal assistance for. We are interviewing lawyers now and are looking for ones who have expertise and interest in facing Navient (and others like Navient) and possibly the Dept. of Ed. in a possible class action or mass action lawsuit.

Joint Spousal Consolidated FFELs are no longer offered, due to their obvious problematic nature. These bonds of financial “commitment” survive divorce. They even survive permanent disability! (if one spouse or ex spouse is disabled, their portion of the debt will be removed from the ledger, but they will still be jointly liable for the remainder of the debt.) This is the definition of predatory lending. But that isn’t our strategy. Our strategy chiefly involves an inherent violation of the Equal Credit and Opportunity Act on the basis of marital status discrimination, among other issues with these joint spousal loans.

We aim to have these loans separated so their holders can convert them to the newer Direct Loan Program that offers many types of relief, including COVID, Relief and PSLF. Most importantly, if they are converted to Direct Loans, they will be positioned to be automatically abolished if there is ever a jubilee.

There is a small possibility that these loans could be abolished outright due to their inherent violation of the ECOA. In addition, actual damages could be awarded if the suit is successful. Yes these loans are privately serviced, government-backed loans, but since Navient et al. have a history of calling these loans “private” when needed for their aims and “government” when needed for their aims, a lawyer would have to create a more involved strategy to deal with whom to sue and how or if there is a more effective approach. We are working on all of this now. Feel free to join our Slack group. https://join.slack.com/t/separatespous-wot5359/shared_invite/zt-jcaxqamq-0EATGWb7T~6U~~yB6S2Qhg

Also please comment about these loans here—we need to build a bigger sub group for this action.

Student Loan Strike
The president can forgive student loans through executive order. Joe Biden has said he will. For a politician saying and doing occur in different universes. We must push hard for total forgiveness. The most effective way to push is to have an organized and announced Student Loan Strike. If a strike with many participants was announced there would be an immediate reaction on Wall Street. Done soon enough, Trump and Mitch might forgive the loans to save Wall Street and steal thunder from the Democrats that would reverberate down the campaign trail. In 2016 Trump promised to forgive student loans but he hasn’t. Do not trust Biden to do better? Take the power into your own hands and organize a strike. Do Not Pay.

There are 40 million people with student loans totaling $1.7 trillion mostly secured only by a promise to pay and that a student loan cannot be discharged through bankruptcy. A student loan is guaranteed by the US government like any debt owed the US government, it can be garnished from Social Security, tax refund or stimulus check. In essence Wall Street already owns the tax refunds and Social Security payments of 40 million Americans who were never informed. Wall Street would prefer that the loans not be paid off. Even if the original loans were directly from the Federal government, they are being “serviced” by a private corporation. Payments are not made to the Treasury. If a corporation “serviced” tax payments, taking a fee from your payment for transferring taxes to the Treasury or for issuing a tax refund. Would you be alright with that? I wouldn’t. These loans have been packaged and resold like subprime mortgages were. When subprimes started going sour, Wall Street panicked. The same will happen when student loans go sour. To make it happen fast, an organized and announced strike will do the job.

As you organize strikers try to keep the media & Congress informed. In this case The Wall Street Journal & Financial Times are appropriate. They will pay attention and if there are enough participants there will be one or more stories published. Think of it as a good job. Ten hours spent getting 10 others to strike, if $10,000 is owed, is like getting paid $1,000/hr for your efforts. Those 10 recruit 10 more and within a short time there will be a mass movement that cannot be denied.
Continue with your legal challenges but do not rely on them. Justice in the courts is harder to obtain than justice in the streets. Student activism did much in the 60s and 70s. You can be active without leaving home. The only danger is to your credit score and even that can be corrected if that is one of the demands. They have you by the credit scores but you have them by the derivatives so squeeze.
Wall Street’s greatest nightmare is that the 99% will awaken and exercise their power. As we used to say Power to The People!!!

Student loans are already going sour in huge numbers. Justice in the courts and in the streets go hand in hand. (Voting Rights Act, Civil Rights Act-- the legal aspect is the knife end and the streets are the handle) But sometimes you need that knife going in a bit first for the threat of it really working to get people into the streets.

The media is informed—the commercial media doesn’t want to talk about this in the voice of the people (as usual). Matt Taibbi just wrote a nice article about this though: Student Loan Horror Stories: Borrowed: $79,000. Paid: $190,000. Now Owes? $236,000 - TK News by Matt Taibbi

The media who write/speak about this accurately are personally affected themselves by this crisis, and are jumping up and down about it every day: Matt Taibbi, Katie Halper, Nathan Robinson, The Grayzone, Briahna Joy Gray-- and her show with Virgil Texas: Bad Faith Podcast, Cornell West (not affected of course- but an ally) and the other usual suspects…Counterpunch etc… The papers “of record” have a serious interest in the other side-- the bank side, as it were, so they are not as motivated to tell it like it is, as I’m sure many here have noticed.

I’ve been organizing and researching this for years, and it is only now that people are starting to see the benefit of organizing action together. People are tired, defrauded, dejected, over it, abused and sick of being lied to, even by people who purport to be “on their side”. There is an exhaustion there due to this loan abuse/deception/grift compounded with so many other important ills of our time, the horrible economy, and now this pandemic. The Bernie loss really hurt a lot of people (as it should have) and they are having trouble getting back up to fight for another diaphanous dreamscape, and I can’t blame them.

So, here is what I think is needed (to go along with the BIG BIG DREAM of loan/student debt abolishment, which may never come, tbh): We need some real strategies that are somewhat smaller that will actually have a hope of working, to provide people with some real footing, a tangible thing to work toward. Every movement needs this. Attainable goals! Those attainable goals and a coordinated strategy to work together at attainable goals that create a juggernaut of success that accelerates and gathers people is a hope-building, encouraging and empathetic way forward.

I don’t want to ask a single person to literally “debt strike” (as opposed to symbolic striking, which I’m all for) when they could face life violence as a result – a violence they have fought hard to only just avoid for many years. I don;t want that to be for nothing for those people. I want them to be able to taste a bit of success first. Not that I’m a sportsperson, but that’s how great sports teams do it when they win. We already have masses of people in default as it is. I believe in a symbolic strike and abolishing those debts ASAP. I just think trust needs to be earned at this point, and some tangible strategy needs to be shown-- most of us aren’t into the “hope and change” thing without evidence and a signed receipt. Not anymore, anyway.

Could you please invite me to your slack group and let me know what I can do to help the group.

I believe that these loans can and should be abolished outright along with substantial monetary damages paid out as these schools and loans have prohibited many of us from finding good paying jobs, or any kind of gainful employment – forced retirement. Furthermore, it must be made clear that these loans, the schools that took out these loans as well as activated these loans, and the government that backed these schools for a time, all committed and engaged in fraud, while violating the ECOA, which of course is a crime and should be equally held accountable under the law regardless of their current or former position within the government. Moreover, the loans now serviced by Navient was once serviced by Sally-Mae, whom was bailed out by the government back in 2008. So, either Sally-Mae changed its company name – once too many people caught on to this fact – or Navient came and bought all of these loans from Sally-Mae.

Finally, if and when we are successful, the government needs to be told that they have days – not weeks, months, or even years – to discharge these loans and pay out substantial damages to us (the victims) since the current pandemic prove that the government can come up with large sums of money at a moment’s notice when bailing out their corporate donors. Many of us – if not all of us – having already been waiting years for our loans to be discharged completely while failing to find gainful employment due to these loans and the fraudulent schools we attended.

Hey Eric!
Welcome! And I feel your pain. Here is a link invite to the Separate Spousal Student Loans Slack: 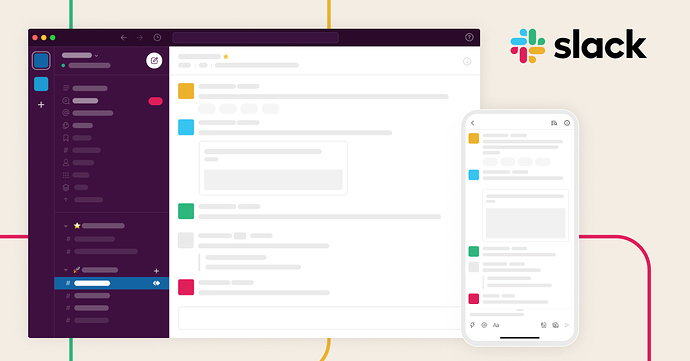 Slack is a new way to communicate with your team. It’s faster, better organized, and more secure than email.

it will be good for 18 days. Today is 1/12/21, so it should expire on January 30th. I say this because anyone is welcome to use that link to join the discussion about Joint Spousal FFELs, in case anyone happens to read this exchange. I’ll also invite you to Force The Vote.

Slack is a new way to communicate with your team. It’s faster, better organized, and more secure than email.


I’m the interim facilitator of the #abolish-debt channel over there too. We are trying to get the force of all organizations working on this student debt problem, and trying to get as many people on-boarded to each of these so we can coordinate efforts. However, the most granular discussion about these joint spousal FFELs is over at that Separate Spousal Student Loans Slack. There is relevant information at all three of these hubs.
We are deciding together what to do. Currently we are awaiting response from the ACLU on a possible legal consult about our proposed strategy to separate these loans to begin with. We have spoken with several attorneys, none of whom felt they had the expertise to help us with this specific category of loan and its civil rights implication—so we wrote a request to the ACLU. In terms of helping, we are each trying to be as active as we can in every space that advocates for student loan debt issues. Come on over- we can talk!