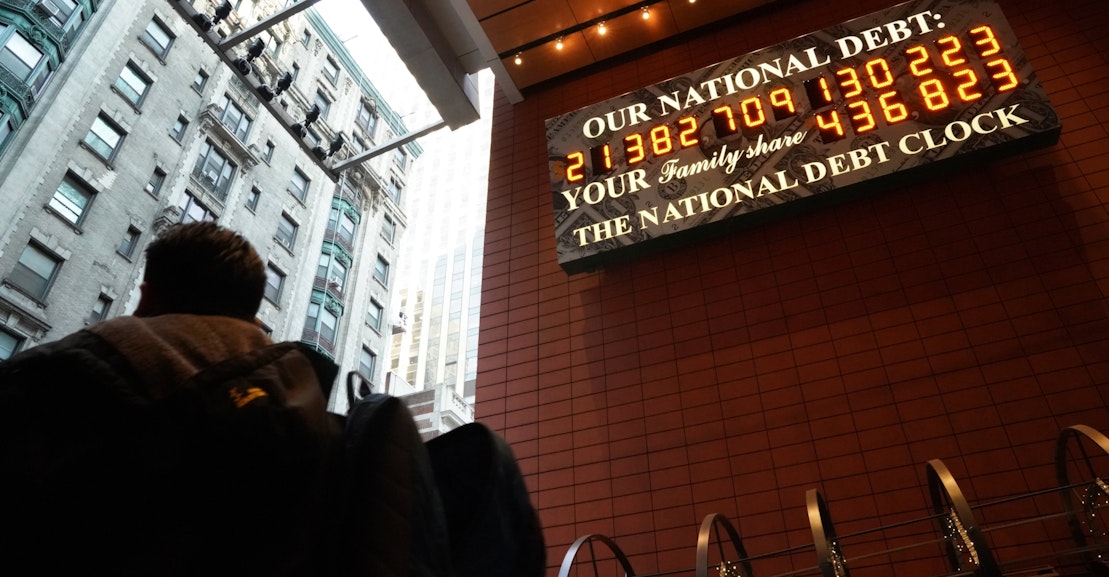 Once the province of wonks, the MMT cause is being embraced by ordinary people in search of a more moral economy.

I really enjoyed this read! I encourage others to take a moment.

Federal Reserve and US Treasury “secretly” gave away 60 TRILLION

The Federal Reserve “secretly” funneled 60 TRILLION through AIG and intentionally withheld this information from disclosure. By comparison, the entire 2019 Federal Budget was “just” 4 trillion, all student debt 2 trillion and all consumer debt 20 trillion.

Even though the Federal Reserve successfully withheld this information from disclosure in the AIG Schedule A SEC filing, the 60 TRILLION is substantiated in three congressional documents below.

AIG Bailout was $60 TRILLION
The massive AIG bailout (credit default swaps) is detailed in AIG Bailout Oversight Hearing, Panel 1, Oct. 8, 2008.
Eric Dinalo participated in the AIG matter as NY State Insurance Superintendent and estimated the bailout at $60 trillion. Others; Maloney ($57 trillion), Yarmuth ($62 trillion), Turner (63), Braley (63), Welch (62), Sarbanes (62). The participants state that $60 trillion is equal to the value of the NYSE or production for the entire planet for one year. The recent annual federal budget was “just” 4 trillion …
The nature of the “naked” credit default swaps is also set forth; essentially gambling, no collateral, no ownership of underlying asset, no return value, no cap relative to underlying asset. Thus, it is impossible that the money was repaid and that virtually no return value was received.
Audit of Federal Reserve Substantiates Bailout Amounts
The magnitude of the AIG bailout is seemingly confirmed in the first-ever audit of the Federal Reserve. GAO, Opportunities Exist to Strengthen Policies and Processes for Managing Emergency Assistance, GAO-11-696. Table 8 (page 131), 2011. In assessing the GAO audit, the Levy Institute estimated the bailout cost at $29 trillion (Levy Institute, Working Paper No. 698, December 2011, $29,000,000,000,000: A Detailed Look at the Fed’s Bailout by Funding Facility and Recipient). Recipients: Citigroup: $2.5 trillion, Morgan Stanley: $2 trillion, Merrill Lynch: $2 trillion, Bank of America: $1.3 trillion, Bear Sterns: $800 B, Goldman Sachs: $800 B, Lehman $180 B. Barclays PLC (United Kingdom): $800 B Royal Bank of Scotland (UK): $500 B, JP Morgan Chase: $400 B, Deutsche Bank (Germany): $350 B, UBS (Switzerland): $300 B, Credit Suisse (Switzerland): $250 B, Lehman Brothers: $200 B, Bank of Scotland (United Kingdom): $200 B, BNP Paribas (France): $200 B. That might only be half (29 out of 60) …

Bailout Intentionally Withheld from Public Disclosure
The “extraordinary” withholding of disclosure is detailed in House of Representatives, Committee on Oversight and Government Reform, Public Disclosure as a Last Resort: How the Federal Reserve Fought to Cover Up the Details of the AIG Counterparties Bailout from the American People, Special Report, US House, January 25, 2010. When the SEC sought full disclosure of the amounts and recipients the FRBNY responded that this “requirement is giving us some pause, since we haven’t otherwise disclosed this information to Congress.” The “FRBNY clearly hoped to prevent Congress from fully understanding the payments to AIG’s counterparties” (pg 13).
The Committee concluded that the “fact that a quasi-government agency, unaccountable to the American people, likely wasted billions of taxpayer dollars and went to great lengths to prevent Congress and the American people from learning about these actions demonstrates the threat that the Federal Reserve poses to basic principles of American democracy.” (emphasis added)
Ultimately, the SEC granted a request by AIG to keep the bailout confidential as described in federal lawsuits brought by AIG shareholders against the US for unfair treatment in the bailout. Hilarious … taking into account the “secret” part of the bailout means that AIG received 98% of all bailout funds which doesn’t seem “unfair.” Despite this obvious defense, the US attorneys never sought or offered this information to any of the three courts (Federal Court of Claims, Federal Circuit and US Supreme Court).

“A nation can survive its fools and even the ambitious. But it cannot survive treason from within. An enemy at the gates is less formidable, for he is known and carries his banner openly. But the traitor moves amongst those within the gate freely, his sly whispers rustling through all alleys, heard in the very halls of government itself. For the traitor appears not a traitor; he speaks in accents familiar to his victims, and he wears their face and their arguments, he appeals to the baseness that lies deep in the hearts of all men. He rots the soul of a nation, he works secretly and unknown in the night to undermine the pillars of the city, he infects the body politic so that it can no longer resist. A murderer is less to fear.” Cisero