I attended Corinthian College in California submitted borrow defense in 2014/2015 so loans have been in forbearance until then. I finally received approval for partial discharge which is 25% with interest exemption. A 25% discharge is nothing specifically when you take into consideration Corinthian’s was found guilty off securities fraud, consumer fraud in the state of California.

Anyhow, in order to dispute the discharge for reconsideration, I have to complete the below three questions:

Wondering if anyone has had to do this and or suggestions of what to say?

BTW, this is how they justify their decision(s):

How did you determine my discharge percentage?

We have determined as a matter of policy that this approach is a reasonable, appropriate way to calculate the amount of financial harm for students in your program affected by the conduct of the school mentioned earlier in this letter.

Hi @Clopez, can you forward me the notification you received from FSA about this partial discharge? And is it okay if I share this with the lawyers at Harvard’s Project on Predatory Student Lending? They are trying to look at as many of these notifications as they possibly can in order to come up with a legal strategy.

In the meantime they have put together an FAQ for people in your situation: 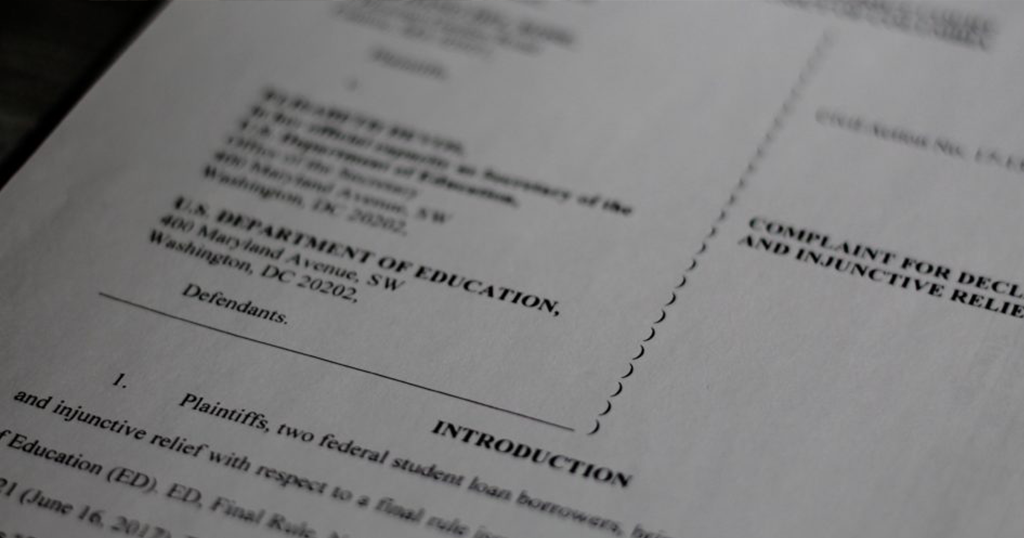 Clopez, I received the same letter about my time at Everest. I am still going to be in debt almost 30K with this BS partial discharge and the college wasn’t even accredited. I have a completely useless degree and have already payed over ten thousand towards my debt.

Could you forward me your partial discharge notification from FSA and I will send it to the lawyers at Harvard.

If you also have your original DTR please send that too. If you don’t have it, that is okay.

You can forward to thomas [at] debtcollective [dot] org

Just seeing this. Yes. Please share. It was an email I received in February. Here’s a couple screen shots. 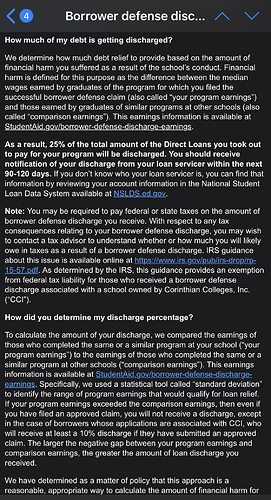 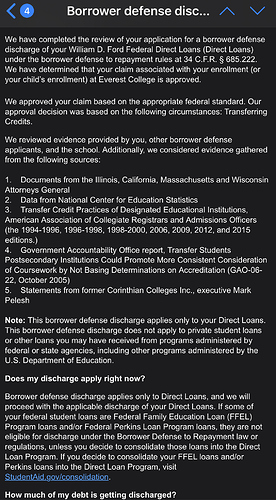 I recently received this letter from Great Lakes @Thomas_Gokey 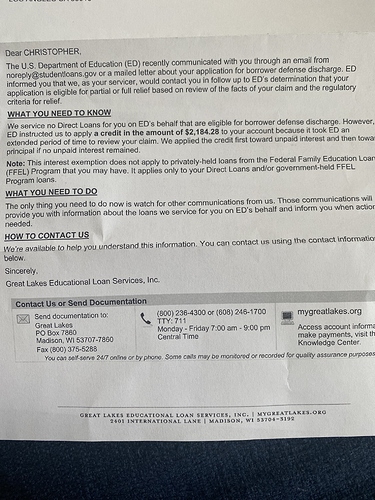 This is so ridiculous @Clopez! But there is some good news here, they have basically admitted that your loans are fraudulent. Now they are trying to get away with forcing you to repay 75% of those fraudulent loans. I’m not a lawyer, but I would bet that is going to be a tough sell when the Department has to defend these partial discharges in court. Unfortunately it does mean the next step is going to be legal challenges, and those take time.

Harvard has put together an FAQ for people in your situation which you can read here: Borrower Defense FAQ | Predatory Student Lending

In the meantime, all of these should be on hold due to COVID. You can join the ongoing strike here (and tell all of your friends!) strike.debtcollective.org