Debt in the time of a pandemic

"The Occupy Wall Street movement called for student debt cancellation a decade ago, in 2011. Since then, some members of the movement formed the Debt Collective, transforming the loose grassroots movement into a “union of debtors”.

In the foreword for the Debt Collective’s 2020 manifesto – Can’t Pay, Won’t Pay – documentary filmmaker and activist Astra Taylor wrote, “Debtors organizing has the potential to bring millions of people who may never have the option of joining a traditional labor union into the struggle for economic justice.”

The indebted dissent has already begun in 2021. On January 4, protesters gathered at the Biden campaign headquarters in Philadelphia to demand that he cancel all federal student loan debt on day one of his presidency. While Biden has not yet agreed to meet this demand, the protests will undoubtedly continue until they reach their goal." 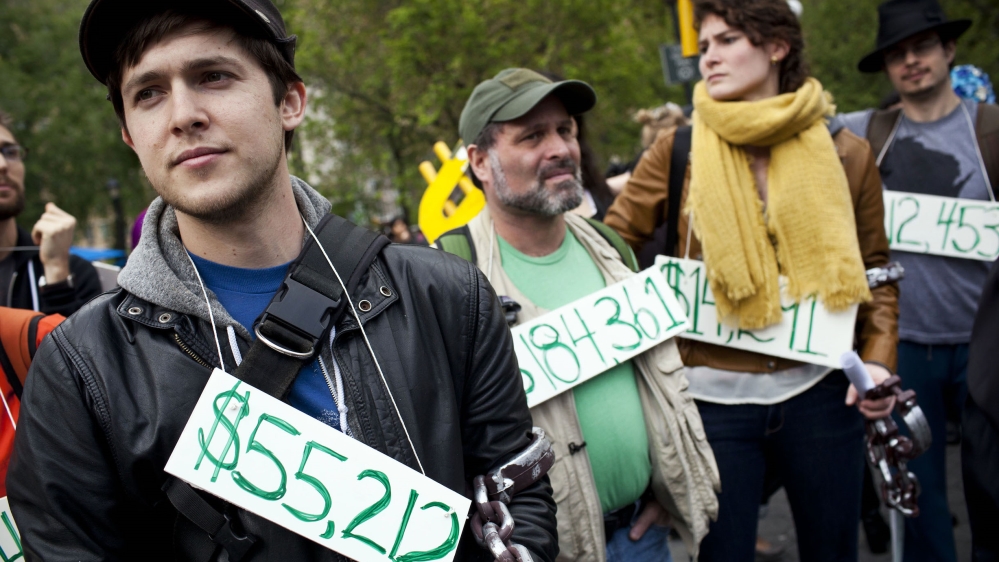 Debt in the time of pandemic

Alongside the pandemic and its impacts on the economy, the US is also facing a growing debt crisis.