Hello, new to this site. I co-signed my son’s loan for Penn State several years ago, with the promise of being released from the loan after a year of payment. This did not happen, (I have learned recently that this is a common ploy with Navient personal school loans) but I was not too concerned, as my son had a good job and paid on the loan himself for 7-8 years. Then had a mental breakdown, lost his job, moved in with me, and now, because I am the cosigner and don’t want a hit to my credit at age 60, I am paying $600/month on a 78k loan. (Started around 90k maybe). I have had a few forebearances granted, but all have expired now, so I am living paycheck to paycheck paying this loan. I make good salary as a pharmacist, but have many other debts, single mom, with a 14yo, and also an older son living with me with my grandson, up until 2 weeks ago. Any suggestions? 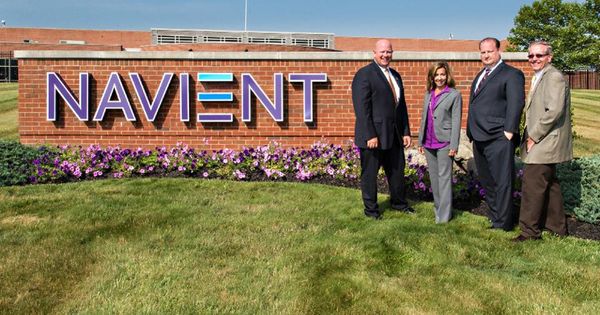 How This New Navient Memo Affects Your Student Loans

A new, unsealed internal memo from Navient, one of the nation’s largest student loan servicers, may shed light on how Navient is managing your student loans.

Hi obxdew,
I posted an article below from Forbes re: navient below that may be of assistance to you. It mentioned the release of co-signer issue. Hope you can get yourself released. Your
Son should be able to fill out some papers for that .

I would avoid all forbearance, as the interest accrues. Your son should quailty for an income driven payment plan if the loan is a public student loan. If he is not working, the payment can be zero in the program.

Here is the article again. How This New Navient Memo Affects Your Student Loans

There are article links provided inside the main one that may be helpful, too.

Hope it helps you.

Thank you!! I will definitely read!

You are so welcome. Your payment seems way too high. U of Penn would surely be a public loan for the majority of the $ , so i think you’ll be able to get your son into the income based repayment program and save a lot of $. If you can, try to roll over to direct loans, as they are the best, being the actual federal government.

I have public student loans and am currently in the income based repayment program. It has helped me a lot, which is probably the reason i mention it. (When said refinance, i meant consolidate, which isnt the same. It was a typo. Sorry about that).

When i worked in public service, i paid my loans through the public interest repayment program (or whatever it is called). The payments were high-10% of my annual gross income, but i thought i was worth it as the loan would be forgiven after 10 years (i think it was). But i wasn’t in public service long enough to get through to the end. Hence, my changing to the income based repayment program. I think it’s the best plan out there.

(Btw, i just noticed that it is listed in the strike section of the debt collective. However, i don’t think of it as striking. It is just a repayment option that i see as just and fair).

Prior to the public service repayment program coming out, i was in deferment status (enrolled in school at least half time with my stafford loans not accruing interest) or forbearance (with loans accruing), as my loan payments were far too high ($1,000.00 a month, i think it was).

I hope and pray that Bernie Sanders gets in so the jubilee will be possible. Education is everyone’s right and it should be free.

I am of the understanding that income based repayment is not an option for private loans.

That is correct. The various income driven repayment plans (of which Income based repayment is one option), are for federal student loans.

That said a private lender may be willing to lower a payment, or settle the debt for a lower amount.